At long last, my Weekend Duffel Project has come to an end.

Actually, I finished them last weekend.

Photographs I make with the artificial lighting in my home always look terrible; I prefer natural light but am at work on weekdays.  This past Thursday, I took the bags to work and photographed them in the beautiful natural light my office gets.

The photos here were shot on a GoPro Hero4 Black action camera.  It’s not optimal for this purpose – the camera is meant for wide-angle shots and is not good at close-focus work.  But it was part of the bargain for shooting the photos on company time.

Click or tap on any of the photos for a closeup.

After cutting myself with the scissors, I put the yellow bag on hold because the next step was hand-sewing the inside lining in place.  Instead, I began to construct the blue bag to get it to the same level of completeness as the yellow bag, then finished the two together.

Stitching on the end panels is challenging due to the bulk and layers involved. To assist in getting an even stitch with the blue bag, I traced a stitching line for a 3/8 inch seam allowance and stitched on the line.  This turned out well.

I generally try to use pins sparingly when sewing nowadays, but this is one of the situations where I thought it best to just pin the daylights out of the thing rather than expect the end panels to ease nicely. I got one or two puckers on the seam, but it’s nothing that bothers me much.

Stitching the cotton webbing to attach the straps was pretty straightforward. I didn’t have to be precise, because the black thread disappears almost completely into the strap webbing.

To stiffen the bag base, I used plastic canvas of the type used for cross-stitch projects, as recommended by the Craftsy class. I took the additional step of cutting the corners round with a scissors before inserting the plastic into the bag base.

I had to do a few rounds of trimming the plastic canvas to size before it fit nicely into the base, then I handstitched the plastic inside the lining.

Handstitching the bag bases shut was a major hurdle for me.  I have very little experience with handsewing, and certainly not enough to really sew the lining inside neatly, without puckers or gaps.

The narrow ends of the lining are sewn shut with a “ladder stitch”, also known as a “slipstitch”. The Craftsy instructor demonstrates the stitch on-camera. But I felt I needed a basic primer on handstitching and so I turned to an article from Threads magazine, “Hand Stitches to Be Proud Of”, from the August/September 2001 issue.

The article was a good help in getting started with hand stitching and taught me how to properly start and end a stitch, how to knot the thread, really basic stuff that I should know by now but don’t. For handstitching there’s no substitute for practice, and so I did some test stitches on muslin scraps. The first two attempts ended up as disasters, but eventually I got some passable results.

At first, I wanted to practice until I had built up my skills. But the evening I decided to work on my income taxes rather than practice my handstitches was a clue.  I decided then to just finish off the bags and accept whatever result I produce.

The slipstitch, when done correctly, isn’t visible.  Mine had a few gaps in the stitching because the stitches were spaced a bit far apart and the thread tension was a bit loose.  Also the corners turned out pretty mushy because outer canvas seam allowances got in the way of the lining stitches. I didn’t trim the seam allowances all the way down, partly because I was concerned about blowing out the corner stitching and partly because I was wary of the sharp scissors that bit me the first time. 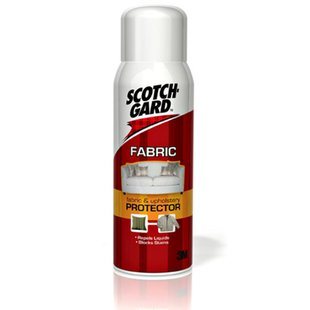 The bright colors of the bags makes them prime targets for dirt and stains. In fact, while bringing the bags back home from work, I bumped the yellow bag into my front door and got a big dirt stain on it. I managed to scrub most of it out with a toothbrush and diluted laundry detergent, but the message was clear.

I got the idea for using Scotch Gard from one of my fabric books, suggesting it for cotton canvas. I’m not big on Scotch Gard because this stuff has to be both (a) toxic, and (b) terrible for the environment. I suppose I could wax the canvas instead; waxed canvas bags and garments seem to be all the rage these days. But I don’t want to compromise the bright pop of the colors by dulling them down with a wax sheen.

So, to hell with the environment. I bought a can of Scotch Gard at the fabric store while it was on sale, and today I sprayed the outer canvas with the first of two coats. Fortunately the canvas pigments are color-fast; I tested it first on some scraps to be sure. I did the spraying outdoors, but even so the fumes from this stuff are pretty fierce.

Tomorrow I’ll put on the second coat of Scotch Gard and both bags will (finally) be ready for use.

11 thoughts on “The Duffels Are Complete (Weekend Duffel, Part 5)”